The doctors said I am responding to the treatment. My vitals are improving much faster than they had expected. They believe it might because I now have a new focus in life; to tell you everything I know about the Culture Matrix, therefore my will to live is stronger  than before, thus, my body is responding to treatment. That’s good news right?

Anyway, I hope you recall the previous Culture Rule 4: “You must respond to the situation, instead of reacting to it”.

Culture Rule 5:- “Define the Game and know its rules, if you want to play it”

It was a Friday evening; the traffic was terrible and it seemed like it was going to be a long night on the road before I got home.

I looked at the water radiator in the car and it showed signs that my car was going to overheat anytime soon, unless I parked somewhere for it to cool down.

Therefore, I decided to park the car at a road side motel and wait there until the traffic on the road reduces.

While I waited in the car, I noticed there was a bar within the motel compound, so I decided to go to the bar and wait there instead.

I sat down at the bar, ordered a drink and enjoyed the cool evening breeze. After a while, four people came to bar, ordered drinks and sat down by a table next to me. One of them was carrying a rectangular looking box. He opened it and began to put its content on the table. It was as if he was setting up a game, because the contents in the box were cards, a board, dice and some writing material.

I couldn’t help but notice how colourful the playing board looked and the facial expressions of the remaining three as they adjusted their seats while the game was being set up.

Once all was ready, he divided the playing cards equally, distributed the writing material and they began to play this awkward looking game. 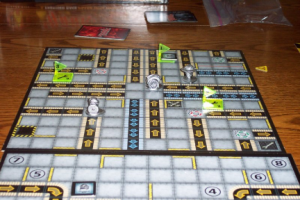 They would laugh at different intervals and question each other’s moves. It all looked pretty interesting.

My curiosity got the better of me; I had to know more, so I turned my chair towards theirs and asked if I could watch them play

They were friendly and they asked if I wanted to play instead. I refused quite quickly, using the excuse of not knowing what the game is and its rules.

One of them offered to define the game and explain its rules to me. For the next 15 minutes, he told me what it was about and how it is to be played; the different approaches, strategies and techniques that existed and how I was to use them.

It seemed confusing at first and then it began to make sense. Once I had completed my crash course, it was time to test my wings; I was going to play the game with them.

I sat down with them and we played the first round. I was really nervous, because it seemed as if I didn’t know what I was doing even though everything had been explained to me.

I lost in the first, second, third and fourth round of the game. I was getting really frustrated, and then all of a sudden, one of the guys lost instead of me. I had finally begun to adjust to it. The feeling was good.

We played for almost 2 hours; this time however, I didn’t lose in any round. I was becoming really good at this. In fact, one of the guys said I have adjusted really quickly.

When it was almost 9pm, I had to call it quits. I told them it was getting late and the traffic would have cleared off by now. We shook hands and exchanged numbers, with the hope we will meet and play again.

As I drove the car home, I reflected on what just happened and tried to compare it with life.

LIFE IS A GAME WITH RULES

Life can be anything or anybody; business, people, school, relationships, politics, religion, families, organisations, sports and so on.  They each have their game and rules; if I want to play their game, I need to know what kind of game it is and the rules it follows.

If I had these answers, I would know what to expect, prepare for it and then play. Hmmmm, INQUIRE, EXPECT, PREPARE, MOVE. I had gotten the next letter 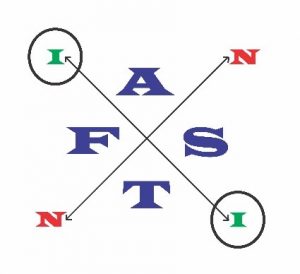 To succeed at anything, I need to: Define the Game and know its Rules, if I want to play it ”

Dear Mentee, whatever you choose to involve yourself in, please know this, it is a game with rules. Do all to know the game, what to expect from it, prepare and adjust quickly while playing.

I am sure a lot of successful people follow this rule and are not even aware of it.

All will be well, as you learn and adjust to these culture rules, you will begin to see what I mean.

In my next letter, I would tell you the final letter and how I got it to conclude the creation of the Culture Matrix

Remember, your culture is everything

Oluwadurotimi Ojaokomo: 7 Ways To Stay Productive Whilst You Work From Home 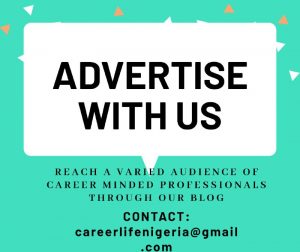